What Are Cochlear Implants?

Each year in the United States, 15% of the population, or 37.5 million people, report some trouble with hearing loss. According to the data, about 28.8 million hearing impaired people could benefit from using hearing aids. However, some people may have hearing loss that is too severe or profound for hearing aids to be helpful. Cochlear implants may be a good option for these people.

The U.S. Food & Drug Administration (FDA) describes the cochlear implant as, “an implanted electronic hearing device, designed to produce useful hearing sensations to a person with severe to profound nerve deafness by electrically stimulating nerves inside the inner ear.”

How Do Your Ears Work?

Hearing is a highly complex and process that has six primary steps:

How Does a Cochlear Implant Work?

There are three primary parts to the cochlear implant:

With a cochlear implant, the sound wave is received by the external microphone which sits externally, behind the ear. The sound processor then converts the sound into information the receiver can read. The signal is transmitted through the coil to the receiver/stimulator which is implanted under the skin. The stimulator electrode then sends the signal as electricity through the cochlea to the hearing nerve. As with normal hearing, the hearing nerve will transmit the signal to the brain to be interpreted as sound.

What are the Benefits of a Cochlear Implant? 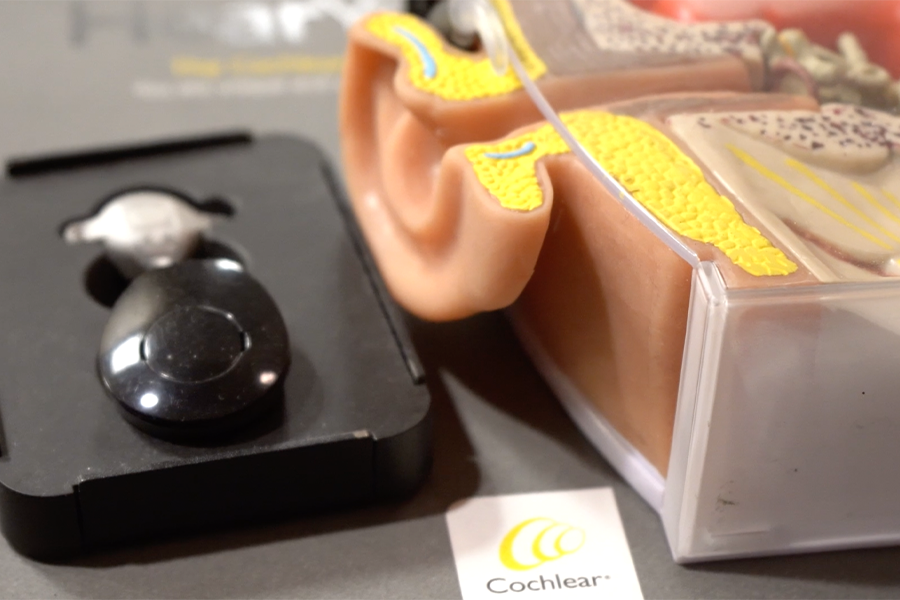 Since 1972, over 118,100 of these devices have been surgically implanted in adults and 65,000 in children. While there is a lot of data available for the benefit of cochlear implants, we are continuing to learn more though research and experience.

These devices can improve:

The cochlear implant may even help with tinnitus, or ringing or buzzing in the ear. 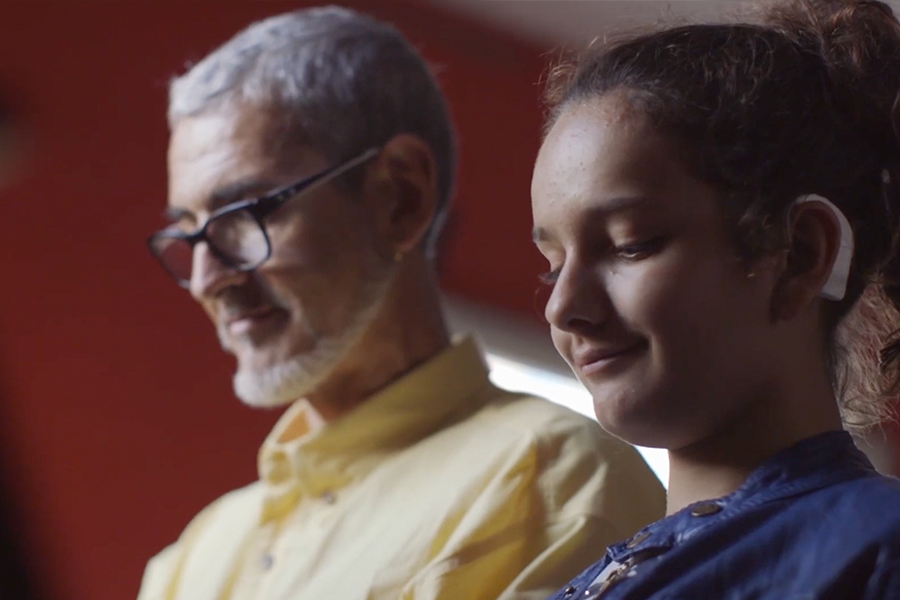 Cochlear implant surgery is very safe and it is not brain surgery. In most cases, surgery is performed as outpatient surgery, meaning you go home the same day. During the procedure, a surgeon will make a small incision behind your ear. The implant is placed along the skull and the electrode is placed within the cochlea. The implant is then activated 2-4 weeks after surgery.

It takes a few weeks for your brain to learn to interpret the signal from the cochlear implant. The Mayo Clinic says,“Within 3 to 6 months of use, most people with cochlear implants make considerable gains in understanding speech.” They also point out that adults of any age and children as young as six months old can successfully receive these innovative healthcare technologies.

Cochlear implants can be placed in one or both ears based on patient characteristics.

Do I Qualify for a Cochlear Implant?

You may qualify for a cochlear implant if you have: